Baby-Making. Writing. Is there a difference, really? 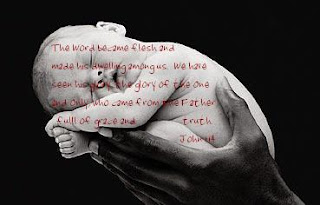 Image by Anne Geddes. Emasculates the shit out of me, but it fits, eh.

So this is the morning of conception!

Yes! You read that right. I just conceived. Not a baby -- I'm a dude -- but a story, a novel, a concept I've been working on for a while but just this morning decided to formalize with its own folder. I now I have a file called The_Gladiators_Son.doc and a short concept scene.

And it got me to thinking: Isn't this a lot like sex and baby-making?

See, when you're making babies, there's this run-up where it's something you and your girl talk about, but not something you're actively engaged in on a for-realses basis. You might practice -- hopefully often -- but it's not for keeps, is it.

Then one day, you decide you're gonna start swinging for the fence. That's the fun part. In writing, it'd be the pre-writing phase, where you dream about your story, maybe hash out a character or two in your thoughts. It's fun. It's giddy. You see scenes hodgepodged and smudged and kludged together. You share your Pulitzer and Oscar with your friends and family and thank your dear wife for being so supportive, and then you climb into your limo and head back to the mansion for some baby-making in one of your hot tubs.

But then it actually ~happens~. I mean, your girl takes a pee test, sees two pink lines, that plus sign, or if you're writing, it's that saved first draft with nothing more than a title, a couple of chapter headings, and some vague idea of whether it's going to be first person, third person, or in this case, God help us all, a fraternal twinning of first and third person scenes that hopefully won't be grotesquely joined at the head.

Then the work begins. Funtime's over, folks, pull up your pants and get cracking.

It's time to cut back on spending, think about baby cribs and which room you're going to paint, and oh God what are we gonna do with the carpets?

How many chapters? How many words? What's my target audience? My genre, if there is one, and by goddengolly there'd better be a genre for this baby, because it's a-coming out feet first and sideways if it has to!

Tone. Theme. Plot. Setting. Location. Winter or summer? Where are we? In the US? Planet Earth? Texas? Dallas? What're the timeline and daily-weekly goals?

You give it a name, a working title, and later on, when you see its face and spank its bottom, you'll know what to truly call it.

After nine months -- and funny how that gestation period applies so well to both literary and biological birthings -- you have this little critter, infantile, immature, helpless and beautiful even though you know damned well it looks pretty hideous, covered in afterbirth and wrinkled with pink-red swollen face.

It's up to you as parent, as writer, to clean up the shit, suck out the snot, wipe it and bathe it and tenderize it until that tiny concept, that pairing of single cells, that paragraph, that idea and dream and wishful thinking, is finally ready to pack up and send out into the world.

Then all you can do is wave goodbye, flaws and all, hope for the best, and decide if it's worth having another.

LOL. Looks like we have the same thought processes Eric :) Glad you stopped by my blog!Check out my post on this kinda thing.
http://thealliterativeallomorph.blogspot.com/2010/03/do-do-do-dont-wait.html

Yep! For sure we have the same thought patterns here.

"Then the work begins. Funtime's over, folks, pull up your pants and get cracking."

Don't forget to slap that baby.
And are you going to breast or bottle feed?

Congrats! I'm going to smoke a cigar.
What plotting method are you using? Or are you going to *gasp* pants it?

Theresa: Thanks. I thought that was a funny way to put it, too.

Donna: Feels so right, eh, but it's from a dude! Kinda feels like Arnold in that movie where he was having a baby, dang, what was that called?

Andrew: Right now I'm writing out test scenes. I don't "pants-it" as much as I claim. I plot in the beginning, but it involves creating characters and circumstances and story questions. It's a rough, rough plot, usually nothing more than a beginning, a middle, and an end, with a key character or two, and a big event that drives the story forward.

Then, once I start writing, it's all in the skull. If I write it down and stare at it the magic is lost. I need the ability to re-plot quickly during the writing phase. Often I'll get through a couple of chapters, nuke em, and re-write because the plot just changed.

Sorta like cross-country running. I have a vague idea that I want to get from here to there, but no clear path along the way, and I may backtrack when I hit dead-ends.