Zen in the Face of Rejection 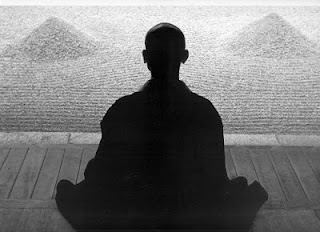 Here's a little story I shall make up as I type. It is about REJECTION, and how to handle it.

Let's say a woman named Bethany wants to become a writer. Those who know her call her Bethy.

Bethy writes a short story for a writing class. She receives a tart response from the professor. "Far too much detail. I could hardly read it. C-minus."

Undeterred, she writes another short story and shows it to her sister. "Not my kind of story," the sister says. "I couldn't finish. It was boring."

Still unshaken, Bethy writes another short story and this time shows it to a friend who also writes. The friend laughs at her, and offers a bitter critique. "You need to take a writing class," the friend says, which makes Bethy think of the tart professor.

This troubles Bethy, and she quits writing forever, and secretly blames these people for discouraging her.


ALTERNATE ENDING: EXTENDED (HD) CUT, $6.00 rental through On-Demand ONLY
After Bethy's friend tells her to take a writing class, Bethy goes on a weekend binge with her good buddy Jack Daniel's. Jack tells her to MAN UP, and informs her this phrase is not at all sexist, that even women should man up from time to time, just as a man should find his feminine side.

So she tells Jack she will suck it up, not man it up, and stops showing her early work to everyone.

She writes ten short stories, alone, and edits each one. As she writes, she reads a few books on editing, and polishes her grammar, which, to her surprise, is not spelled grammer, nor is Kindergarten spelled Kindergarden. She learns to differentiate its and it's, and how to weed out weasel words and cliche phrases such as weed out, and so on.

The novel is horrible, and is completely un-editable.

The third novel is starting to look presentable, and so she queries it. Bethy stacks up rejections from dozens of agents, and cannot get a response from any publishers large or small.

She shows it to her writer friend, who is still unpublished herself, and the friend laughs at her Kinko-printed manuscript. "Not bad," the friend says. "But I still wouldn't buy it. It's too boring in the middle part."

Bethy realizes her friend actually read the book, which constitutes a huge victory! She understands that a truly, truly horrible book will die unread after a few pages.

Bethy writes a fourth and fifth book without querying, still studying the craft of the novel, and polishing her editing skills. She has a great idea for another novel, but shelves it to write a sixth novel.

This sixth one is published by a small press. She earns $80 in royalties. She was put through the editing gauntlet, and now understands a bit about the publishing and marketing process, and what it really takes to write a salable novel.

She gives her friend, who is still unpublished, an autographed copy of the novel. The friend no longer laughs.

Her seventh novel she titles A Day in the Life of Someone More Interesting. She hires her small-press editor to edit the book for her. Then, her fourth query to an agent results in a full request, which later turns into a contract with a large publishing and distribution house.

She receives a $25,000 advance, and a three-book deal. She immediately begins work on her next novel, which she decides to research thoroughly, such that it is better than the one before.

All this spans ten years. Bethy did not do it all overnight, but she did it night-over-night. She took rejection as a sign to improve, rather than quit and whine, and strove always to grow in her craft.

Bethy possesses Zen in the Face of Rejection.

Eric W. Trant is a published author of several short stories and the novel Out of the Great Black Nothing. He is currently represented by Debrin Case at Open Heart Publishing. See more of Eric's work here: Publications

Good Lord No!!!! My mom suggested I send one of my poems to the New Yorker. I was drunk, so I clicked the link provided and did just that. They said thank you very kindly, "No".

I wasn't crushed, but I am in no position to really care. And that's okay. Yes, I am an organ donor, and a marrow donor, and a blood donor. What's left? Well, I must have donated it already. I work for the blood bank. Donating is part of our resume :)

Glad you posted. It is a metaphor for many things. I shall apply it! My "grammer" SUCKS!

Bethy version 2 is a smart cookie! I stumbled into the kind and helpful arms of the online writing community a few years back. I've sent a handful of queries - lucked into some awesome feedback and started again. and again. I've learned so much over those years - I'm getting closer!!

And yes, I'm an organ donor - they won't take my blood because of the meds I have to take, but they can take my organ when I no longer need them :)

Sadly, for most of us struggling writers. Rejection is not a fictional story but an all too real one.

I think more of the tuition of rejection. It is the price we pay for trying to live our dreams.

If we give up, we will never know. All we can do is try to improve and keep knocking on doors.

Many rejections give you no sure reason. And humans tend to guess with their fears.

Research the possible outlets for your work. Approach each editor or agent as if applying for a job. Keep writing.

I've been lucky enough to receive some excellent feedback on my early writings - even if it was only in the form "I like it cuz you wrote it." I'm always on the look out for what the feedback means.

I really liked the part of "realized her friend read the book" because that is what is most important to me. If you read my writing, and say I didn't like it because . . it means you "read it" and formed an opinion. I want the opinion, even if it hurts.

I think I'm more the Bethy #2. I'm willing to admit I don't know it all - especially when it comes to my own story. I got it all in my head, not always on the paper. Bethy #2 believed she could learn and improve. Even through her tears and hurt feelings.

But isn't that the story of life too? Sometimes, you just keep going until you're satisfied with the outcomes, no matter how long it takes?

Excellent post Eric. A good reminder that success is not an overnight happening.

Writing is kind of a sad addiction. To those of us who are really in the throes of it, nothing will keep us from it. Don't you think?

Yes, I am an organ donor.

I like Bethany #2. She has spunk and stick-to-it-ness and all those other cliches. And I love that her friend read it all the way through. Great post, Eric. :)

Perspective is important when dealing with rejection. It's the only way to keep balance.

Nice pictures.Is there any way to tell who's pictures?