LOST in my own words

Isn't it funny how you get lost in your own work? I haven't written on my WIP since December 2. That's the date of my last save-point. That's a week from today.

Now I've forgotten where I was and how I got there. I'm 22kw into my piece, well into the middle-point (which I personally find the BEST part of writing!), have plenty of steam, I just can't remember what track I was on.

Now I have to re-read parts, skim a little, reset my mind to the book and rediscover my groove. I read a scene, the first few paragraphs of the second chapter, and all of the first chapter, and realized I had completely forgotten I wrote that! 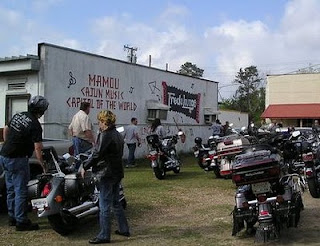 It's like waking up headspun after a drunk blackout in the back of your Tahoe in someplace Louisiana and your cousin is in the front seat, somehow driving, laughing when you moan, and saying, Dude, you didn't get kicked out of the bar, you got kicked out of the TOWN!

He showed me pictures later of me pissing on the side of my Tahoe and laughing and flipping him off.

It was a biker town, I remember that much, something right out of Sons of Anarchy. He said we almost died because I popped off at some guy and hit on his old lady and we bowed up all of them against stupid-ass me and some college kids trying to get out of the way, none of which surprises me. He said he lost me in the commotion and found me on the curb outside with a bouncer standing guard and the bouncer said, Is this fucker with you? You'd better get his ass out of here.

But it was like it never happened except in that story of his. I remember none of it, not even the curb part.

Jack Daniels, man. He's a mean sumbitch, especially if you're going through a divorce.

For you coonasses out there, and I know there are a few (I am one), the town is Mamou, where the windows are painted black and they sell rum as a hangover cure.

You ever have those moments when you write? Complete surprise at a scene you had forgotten, or a story you wrote and shelved and re-read and you can't believe you wrote that, can't even recall it?

You ever woke up in the back of a car hauling ass out of a biker town?

I have notebooks filled with partial stories, mostly ideas from years ago. I went through them recently and just sat there noting it was in my handwriting but I didn't remember even thinking about the plot at all, let alone writing it down. LOL

Sounds like you might be dangerous to travel with. I do tend to come across sections I don't remember writing...I usually chalk it up to lack of sleep. Thanks for the biker bar description. I actually didn't know that detail about the black painted windows...I'm filing that little gem away for later. =)
Edge of Your Seat Romance

So there's about 5 years of my life that are pretty vague. Like, I remember the big parts: in college, working as bartender, whatever. But what escapes me are the details, notably the people I met. You know, drinking buddies. :)

Except now I'll catch them in Kroger's and they'll say, "Hey, Steph?" And I'll have that awkward moment of shock register on my face before I play it cool and I'm like, "Hey there! Wow, I haven't seen you in forever! How's things? How's the family?"

Worse is when they say, "Do you rememeber that time..."

And I'm thinking, No, I really don't.

Wait, were you asking something about writing?

I am laughing my ass off at this. This is also probably why I don't drink.

Months (sometimes years) later I will find these little bits of my soul, scattered like leaves and think: Who the hell was that? Who was that girl when she wrote this? It ain't me...

That's the closest I get to forgetting.

Summer: I do the same thing, keep notes, both in my head and on paper.

Raquel: I used to be dangerous. Divorce destroyed me, but I rebuilt. Feel free to use the black window detail, that's a good one.

Tracy: I carry a pocket book that I call My Little Ocean. I jot down thoughts and write them out later, when I'm looking for plot ideas. I don't do it as much as I should, not as much as I used to.

Thanks for the laugh!

I always start every writing session by re-reading the previous section I wrote. Helps to refresh the feel of the characters and atmosphere of the story.

Writing with a bottle of wine. Yes. I'm so Bukowski.

No, can't say I ever got kicked out of a joint.
But that's why I don't like to stop writing for too long. I forget my place too easy.

I've been thrown out of bars before - usually for my singing (lol). I'm really rotten, but I don't care. I love to sing.

My sister and I have some adventures we only talk about when we're drunk . .

This was so funny.

I do forget sometimes what I write. I'll be up late, or hitting the wine a little hard - or just in a grove. When I go back I wonder if somehow my muse showed up without me.

And I always re-read and do a little editing before getting started on a fresh writing session. I go so long in between I need to remind myself what I was working on. And I need to get a feel for the characters, sorta put myself in their world first.

Have a good weekend you bad-bad boy!

LOL -- I've never done the biker thing, but definitely have things I've written that amaze me because it's like some gremlin crept in and added stuff to my novel while I was sleeping.

But I did open my grad school notebooks with all the proofs I did (in Greek) and couldn't read a single line. I threw them away, with the bitter knowledge that all that pure, mathematical beauty I had once experienced was lost to me forever.